This year, the UIC Barcelona School of Architecture is celebrating the twentieth anniversary of the Vertical Workshop, one of the School’s most unique events, which has been held during the first week of every academic year since its creation. Over the course of seven day 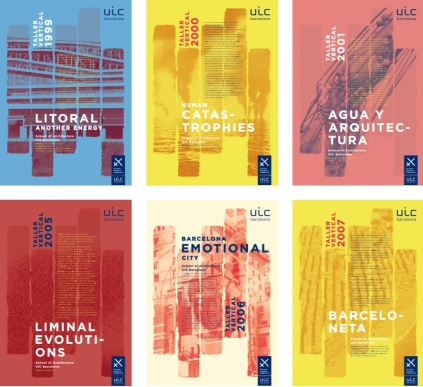 s, the students from the School of Architecture are divided into teams led by prestigious architects and charged with carrying out a project that, in each edition, revolves around a specific topic and is evaluated by a jury of professionals.

This Friday 9 March, to commemorate the twentieth anniversary of the Vertical Workshop, the School will inaugurate an exhibition entitled 20 Years of the Vertical Workshop: 20 Years Committed to Architecture, curated by Manuel Arenas, Marta Delgado and Sergi Viñals. The exhibition, which consists of 25 A0-size posters and a panel that serves as a compendium of all editions, will remain on display until 16 March at the Rei Marti Water Deposit (Carrer Bellesguard, 14). According to exhibition curator and School lecturer Manuel Arenas, “The purpose of the exhibit is to revisit and underscore the educational and experimental value of the Vertical Workshop. Over the past 20 years, we have been privileged enough to have worked at the School alongside internationally renowned figures such as Winny Maas, Duncan Lewis, Dennis Dollens and Karl Chu; and nationally renowned figures such as José Luis Mateo, Carmen Pinós, Carlos Ferrater and Tuñón-Mansilla”.

Since the beginning, the School of Architecture has sought to use the Vertical Workshop as a means of communication, dissemination and discussion. During that week, the School transforms into a massive experimental laboratory, in which the teams compete among each other to produce results that must then be presented before a final jury.

The success of the workshop has been magnified thanks to the involvement of internationally renowned architects, who have taken on the role of directors of the various editions, all of which have revolved around topical issues of contemporary interest, with the purpose of examining new, strategic and cross-disciplinary aspects of Architecture. Datascape, Energy, Human Catastrophes, Water, Street Action, Emotional City and Urban Making are just some of the names borne by previous editions of the Vertical Workshop, all of which have been committed to current issues and global social and political phenomena.

The exhibition is scheduled to re-open in the spring at the seat of the Association of Architects of Catalonia (COAC).