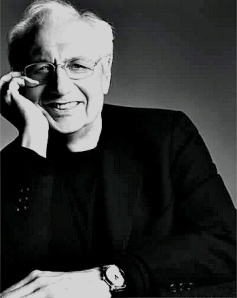 “I am deeply honored to receive this prestigious award.  Spain holds an important place in my heart and in my personal history.  Though I am from Canada and the US, I always feel at home in Spain.  I am very gratified to be part of the legacy of this important award”.
Statement by Frank O. Gehry on being bestowed with the 2014 Prince of Asturias Award for the Arts on the 7th May in Los Angeles.

Frank Gehry has been bestowed with Spain’s prestigious Prince of Asturias Award for the Arts. The Canadian-American architect was chosen as the award’s 34th laureate “for the relevance and impact of his creations in numerous countries, via which he has defined and furthered architecture in the past half century.”

“His buildings are characterised by a virtuoso play of complex shapes, the use of unusual materials, such as titanium, and their technological innovation, which has also had an impact on other arts,” stated the jury.  “An example of this open, playful and organic style of architecture is the Guggenheim Museum in Bilbao, which, in addition to its architectural and aesthetic excellence, has had an enormous economic, social and urban impact on its surroundings as a whole.”

Frank Gehry’s most famous designs include the Walt Disney Concert Hall in Los Angeles and the titanium covered Guggenheim Museum in Bilbao.

The 85-year-old was born in Toronto and studied at the University of Southern California and Harvard University.

He is known for his use of bold, post modern shapes and unusual fabrications. His career was launched after he remodeled his own home in Santa Monica with corrugated steel and chain-linked fence. It caught the imagination of the architectural world.

His early furniture range called ‘Easy Edges’ which was made out of cardboard also received plaudits. 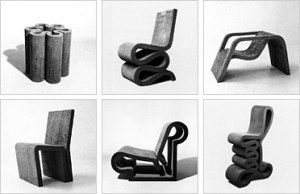 He is known for his ability to deliver projects within budget, with the exception of the Walt Disney Concert Hall project – it exceeded the budget by over $170 million.

Since 1981, the Prince of Asturias Awards have been presented to an individual, institution or group of individuals or institutions whose work in Cinematography, Theatre, Dance, Music, Photography, Painting, Sculpture, Architecture or any other form of artistic expression constitutes a significant contribution to mankind’s culture heritage.